Published on In
Gallery Updates Photoshoots

Jessica Alba launches an offshoot of Honest Company in the fall, Honest Beauty , a cosmetics company. Jessica looks after everything perfectly, so I think everything will be good. As part of this, Jessica gave an interview to WWD.com , where they also mention the sunscreen case. So far nothing is known about Honest Beauty, just that Jessica herself has been involved in the production and testing of everything, including lipstick color and makeup development. I think we have something to look forward to. Photos from the preparations will appear in one of the other articles. Now enjoy one great black and white photo that the photographer has done.

No comments
Published on In
Gallery Updates Photoshoots Uncategorized 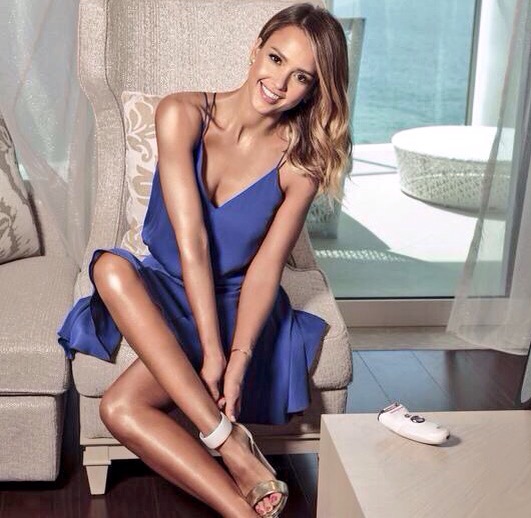 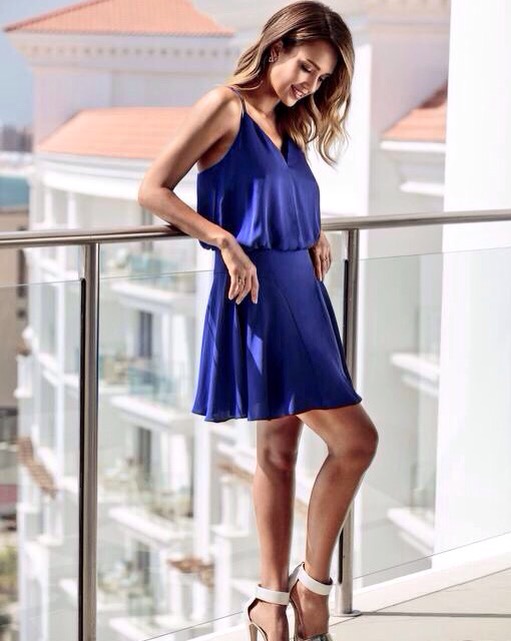 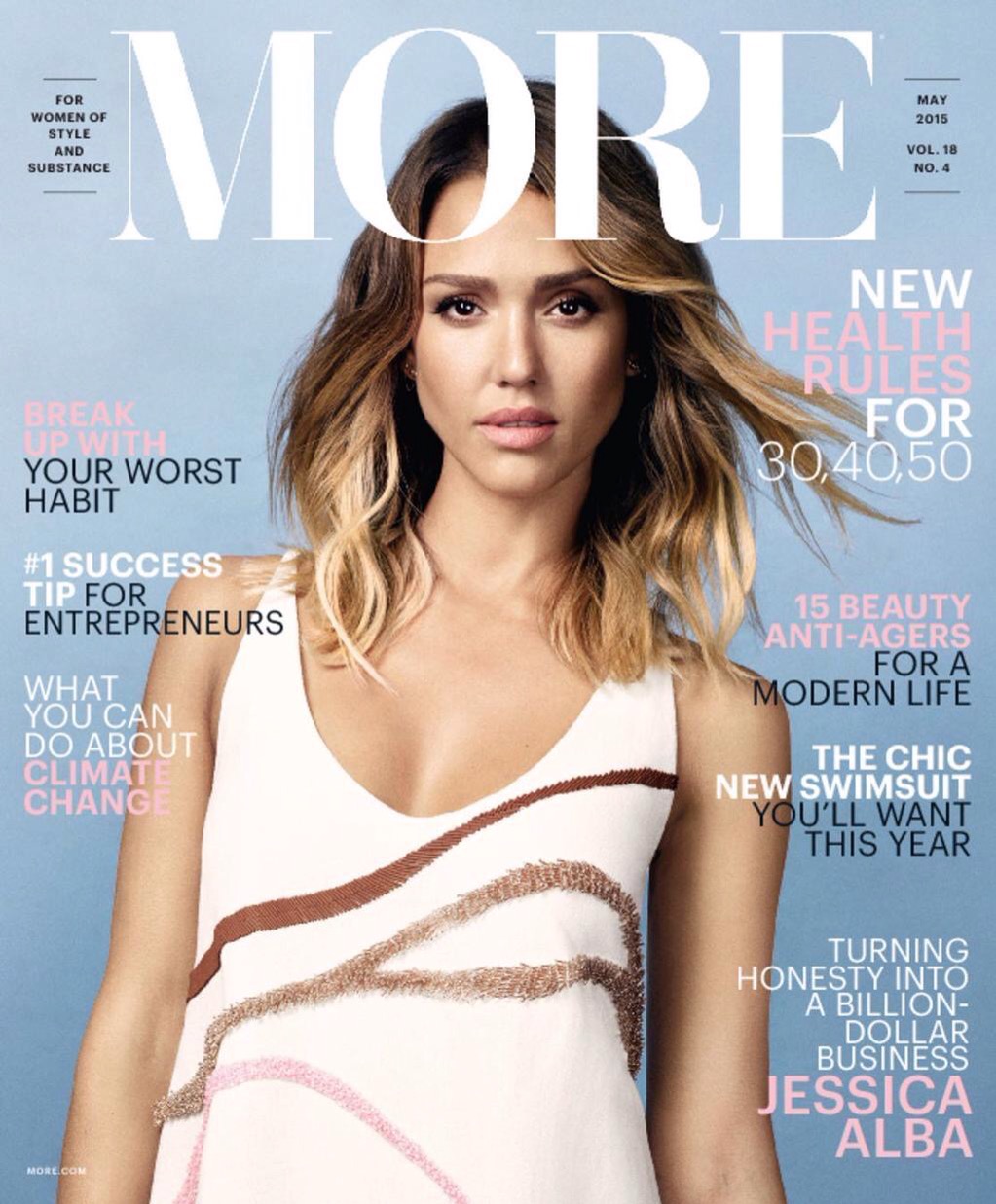 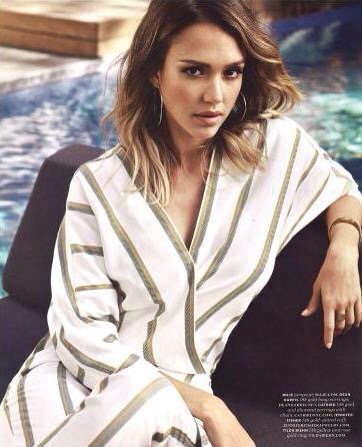 No comments
Published on In
Film & Television Gallery Updates Photoshoots Public Appearances Sin City: A Dame To Kill For

This update includes promotion for Sin City 2, the promo began at Comic-Con, then at Four Season Hotel. And after this press conference was photocall with photographers, so there are photocall portraits from HT, A. Gallo, V. Anderson and M. Hosain. Jessica looked really beautiful.

Jessica Alba’s Guide to Reinventing Yourself

In just a few short years, she went from being a hot starlet to an eco-crusader and savvy entrepreneur. All it took was passion and a single-minded focus on protecting the earth, for her kids and yours. Get a sneak peak at our cover interview right here.

On how people who don’t kiss their kids on the mouth are sorta weird
“Really? Why?! It’s your baby. People allow dogs to lick at their mouths.”

On her gal pals from Mommy and Me
“They’re some of my closest girlfriends. It’s weird when we’re doing normal mom things and there’s paparazzi around. That’s the only thing that makes everyone uncomfortable.”

On what she and her husband, Cash Warren, are addicted to“All he watches is sports. Fantasy football is so annoying—there’s always a game on. Though he says I’m addicted to Instagram, so it goes both ways!”

On her love of Craigslist
“I bought my hot pink desk off Craigslist. I have a problem. I love vintage furniture, and refurbishing is one of the most eco things you can do. I also got a couple of cool chairs and Danish mid-century credenzas off of Craigslist.”

Find out where Jessica gets her parenting advice, the biggest challenge she faces as a mom, and how her marriage to Cash Warren has changed. It’s all in the April issue of REDBOOK—on newsstands March 11—or download the iPad edition here.

Jessica Alba and friend/Make-up artist Lauren Anderson are featured in The Hollywood Reporter‘s Beauty Issue, which looks back at the top 25 beauty moments of the past year.

“We met at her 14th birthday party,” says Alba. “It was a ’70s-themed party; everyone had to dress up.” Adds Andersen: “I wardrobed all of our friends.” Alba: “It was amazing, she really went for it, and that’s when I knew, ‘Yeah, that’s my dog right there.’ ”

WHEN: The Golden Globe Awards, Jan. 13

WHY IT MATTERS: An unexpected beauty move delivered the best look of the night and made coral-orange lips the “it” color.

The inspiration for Alba’s bold lip was her strapless melon-hued Oscar de la Renta mermaid gown. Much like the dress, the makeup needed to be “classic with a touch of something unexpected,” says Avon Global Celebrity makeup artist Lauren Andersen.

For a “warm and glowy” complexion, Andersen used tinted moisturizer, a light dusting of rose pink Hourglass blush and a soft neutral eye palette of espresso liner and sand shadow. “With the rest of the face soft and pretty, her lips were ready to take on all of the focus,” says Andersen, who painted Alba’s pout vibrant orange with Hourglass Opaque Rouge Liquid Lipstick in Riviera, a long-wearing matte lipstick.

Her Globes moment ignited the year’s citrus-hued lipstick frenzy on the red carpet (worn by Drew Barrymore, Selena Gomez and Bella Thorne) and on the spring 2014 runways (spotted at Prabal Gurung, Rag & Bone, DKNY). Says Andersen: “It’s fun to be experimental with beauty, and a bold lip is an easy way to play.” Speaking of playing, Alba and Andersen have known each other since their early teens, when they staged photo shoots from Caboodles kits full of makeup. Says Alba, 32, “We would go to the mall [where] every color eye shadow was glittery. It was like a budget version of A Midsummer Night’s Dream. Glitter everywhere! [Working with Andersen] feels like that, just fun.”

The gallery has been updated with scan scans Health magazine’s October 2013 issue. CLICK HERE to view the gorgeous outtakes shot by Marc Baptiste.

Jessica Alba is not one of those celebrities who will say she lost weight, post-baby, from “running around after her kids.” She is straight-up honest about how hard it was to get her body back. Her secret? She wore not one but TWO girdles. “It was brutal; it’s not for everyone,” she said, in a new interview with Net-a-Porter‘s The Edit magazine. “I wore a double corset day and night for three months. It was sweaty but worth it.”

his is probably my favorite interview ever with Jessica because she was refreshingly honest about her life as an actress, mother of two young girls, wife, and entrepreneur. For example, she recently started the Honest Company, which sells natural and eco-friendly products, and talks about how it was harder to get off the ground than she expected. “I had lots of doors shut in my face, which forced me to get behind the idea in a genuine way,” she says. “I would cry, tell Cash it wasn’t possible; I was crazy. And he would say, ‘Well, approach it differently. What can’t people wrap their heads around?’”

Also, she admits that she’s not good at balancing “it all.” I can totally relate to this idea—I admire women who can do three things at once, but I’ll never be one of them. “I don’t balance. I’m so embarrassed I was late [Alba was still on her way home when I arrived], but I was cleaning up and trying to be a good auntie to the birthday girl and a good friend to my girlfriend. I don’t balance well. I just try to do the best I can.”