Hello and welcome to jessalba.net your most updated fansite for everything about the incredible actress and business woman, Jessica Alba. Please browse the site for more info and visit our image gallery. We will continue to bring you daily Jessica updates! Please email us if you have something to add to our website. Happy browsing!
Published on In
Candids Gallery Updates

The 30-year-old actress and new mama stopped off at Coffee Bean for a pick-me-up before her appointment. Do you spot Jess’ daughter Honor holding hands with mom outside Coffee Bean. (justjared).

September 02 – Shopping in Beverly Hills
The 30-year-old star enjoyed some mommy-and-me time of her own, spending several hours shopping and having lunch with her own mother, Catherine Alba, in Beverly Hills, California.

The two women strolled around the up scale neighbourhood enjoying the sunshine and browsing a few stores.Then headed for lunch at the Cabbage Patch restaurant. (DailyMail)

September 03 – Out for lunch in Beverly Hills
Jessica Alba and husband Cash Warren took their little ballerina – daughter Honor Marie, 3 – out for brunch in Beverly Hills, Calif. on Saturday (September 3). The couple’s newborn little girl, Haven Garner, wasn’t with them on this outing so Honor had mom and dad all to herself.(celebritybabyscoop) 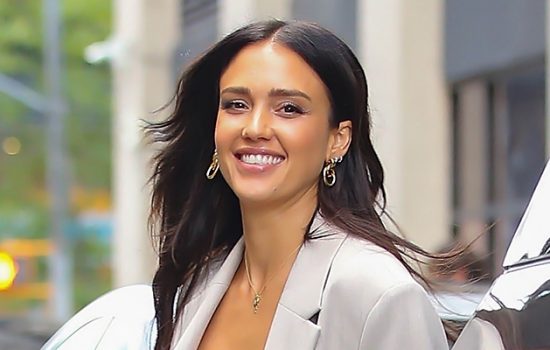